Over the last few decades, respirators would come to be used in both industries and in fire departments across the world. However, they would not be mass-produced on any real scale until 1915 – following the atrocities of the World War and the deadly gas attacks on the Western Front. According to the British Royal Society of Chemistry, it was Edward Harrison's bulky box respirator that broke that particular landmark.

The war's driving impact on technological innovation would rapidly transform the gas mask, both between first and second world war and onwards to the modern age. Leaps in the chemical, physical and biological sciences have rapidly transformed respirators into a variety of smaller firms, each of which offers better protection than almost all of those used in the past. You can find more about military grade gas mask via https://www.gasmaskpro.com/gas-masks 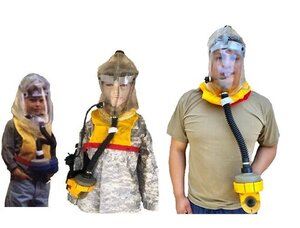 Variations on this device became more prevalent throughout Europe and the Americas, practically all of which consisted of a bag completely encompassing the head and sealed around the throat – with two glass windows for the wearer to see through. The methods of respiration could range massively and the majority were cumbersome.

The first standardized respiration device arrived in 1848. Filtering dust from the air using one-way clapper valves and a filter of moistened wool, it marked the start of a long string of patents for air purification devices. The cup-shaped mask patented by Hutson Hurd in 1879 quickly became the most widespread for industrial use, paralleling the common modern use of half-mask respirators.